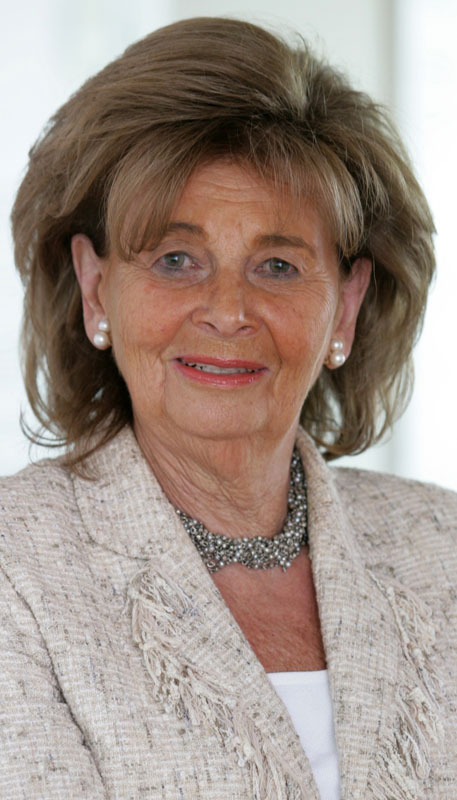 Dr h. c. Charlotte Knobloch was born in Munich in 1932. She survived the Nazi era as a child. A former domestic servant of the family took her in at her farm in Franconia from 1942 to 1945 and passed her off as her illegitimate child.

From 2005 to 2013, she was also Vice-President of the World Jewish Congress, to which she has been associated since 2013 as Commissioner for Holocaust Remembrance.

She is an honorary citizen of the City of Munich, holder of the Große Bundesverdienstkreuz of the Federal Republic of Germany, patron of the Ernst Ludwig Honorary Studies Association and Honorary Senator of the Heidelberg University of Jewish Studies.